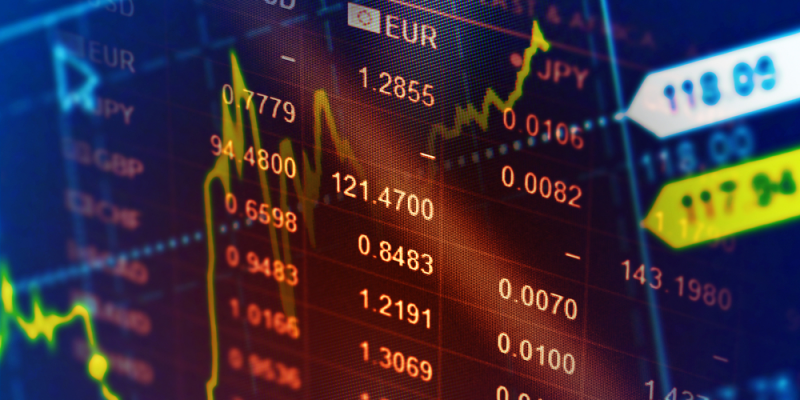 Perhaps no two stocks have made more headlines in recent weeks than one-time growth darlings Netflix and Facebook.

Then came Facebook parent Meta Platforms FB, -5.14%. After its own challenging earnings report, it lost a staggering $230 billion or so in market value in a single session. It, too, dropped back to early 2020 levels, though it “only” has fallen about 40% from its 52-week high. Unlike Netflix, it hasn’t had a bounce.

It’s theoretically possible to “catch a falling knife,” as the old Wall Street saying goes. But it’s also very likely you’ll get your fingers cut off if you plow cash into stocks that have fallen hard and fallen for good reason. On the other hand, both Netflix and Facebook stocks have fallen hard before … and ended up making investors a lot of money.

If you’re wondering whether this is another one of those lucrative buying opportunities, here’s a look at where these stocks are now – and which one is “less bad” than the other.

Just be warned that you’d be living dangerously.

Shares in the streaming video were hammered in large part because of the slowing subscriber growth disclosed in its fourth-quarter earnings report. The company added just under 8.3 million worldwide subs, significantly fewer than the 8.5 million subscribers added in the fourth quarter of 2020. Even worse, Netflix offered a “borderline catastrophic” forecast of just 2.5 million subscriber adds for the current quarter – a huge drop from 3.98 million it added in its 2021 first quarter. Analysts had been hoping for 6.93 million adds – almost three times what Netflix is now forecasting. So it’s no surprise we saw such a violent reaction.

Now, it wasn’t all bad or all unexpected. Netflix added more subscribers than the 8.19 million that analysts had forecast. Earnings per share blew away expectations at $1.33 vs. forecasts of just 82 cents.

But for a long time, we’ve been talking about the threat of market saturation and competition taking a toll on Netflix’s growth metrics. Yet while the big multiples on future earnings and sales have come down a bit since the stock’s plunge, the numbers are still stunning. Look at that forward P/E of 36.9 and a forward price/sales of about 5.5. Larger media rival Walt Disney Co. DIS, +0.35% is about 30.4 and 3.6 on both those metrics, by way of example.

What’s more, Disney has theatrical releases and theme parks and merchandising to fall back on. Netflix remains a one-trick pony: streaming.

The major levers it can pull here are adding new viewers or increasing subscription costs (which it did a month ago, ahead of earnings). Of course, higher costs make the service a harder sell, especially when there are so many alternatives.

It makes you wonder what, if anything, Netflix can do to right the ship.

To its credit, Netflix continues to release high-performing content such as “Don’t Look Up,” which has been widely praised.

But Wall Street remains skeptical of whether a few new good shows on the currently dominant streaming platform is enough. For a stock that has long been defined by constant growth, it could be a rough awakening for investors if Netflix instead has become a mature company that simply depends on what it already has.

Meta Platforms is no picnic for investors either. It was slammed after a disastrous fourth-quarter earnings report sent shares tumbling more than 20% in a single day.

In simplest terms, daily active user metrics on the flagship Facebook network were the bad news. For starters, they increased just 5% from a year ago to 1.93 billion, short of targets for 1.95 billion. Plus they actually declined from last quarter.

Bullish investors may point to other details in the social media giant’s results that weren’t quite so miserable. It posted a modest beat on revenue, as measured by the consensus target of $33.4 billion for sales, thanks in part to exceeding expectations on revenue per user estimates. Longtime watchers of this stock will know that this long-term uptrend in revenue per user has largely been driving results; total users in the key North America and European Union markets have been flatlining for a while.

But before you take a flyer on Facebook, let’s get to the additional risks, which, frankly, don’t come from any hard numbers and thus may be harder to pin down.

The company is struggling to deal with users creating multiple Facebook accounts. That makes many wonder if its user numbers are artificially inflated and the disappointing numbers are in fact much, much worse.

On top of that, privacy concerns may be coming home to roost at long last. After the earnings announcement, there have been reports that something as simple as a change in iPhone privacy settings can wipe $10 billion off earnings this year.

Then there is now chatter that Meta is “threatening” to pulling out of the European Union with its flagship Facebook and Instagram platforms because of local internet privacy rules. Talk about an empty threat. Abandon one of your largest markets just like that because you don’t like changes in the law? That kind of talk won’t make regulators or legislators back down.

There is always a chance that some of these dark clouds part and the sun shines again for Meta in the months ahead. However, unlike Netflix and its series of more practical concerns, Meta has made a habit of making terrible headlines when it comes to privacy concerns and bad actors on its platform.

From documented 2016 election interference by Russia to the 2018 Cambridge Analytica scandal to a $5 billion fine from the FTC in 2019 over privacy violations to chronic misinformation about COVID-19 in the last year or two… this is clearly a pattern.

It is not an exaggeration to say that Meta is dealing what could be existential threats to its Facebook platform. Even employees know this, and talented engineers are reportedly demanding a “brand tax” to go work at Meta in the current environment for fear they will have a black mark on their resume.

So which one is ‘less bad?’

Netflix may not be perfect. But given the big-picture threats to Meta Platforms, I would be more inclined to grant the streaming giant the benefit of the doubt over a social-media platform that may be just one more bad headline away from obsolescence.

Both platforms are facing serious challenges to growth because of user issues. But Netflix still seems to at least be the same basic platform, albeit one that’s facing the pressures of market saturation and fierce competition.

The jury is out on whether Facebook’s current model will even survive, either from consumer backlash or regulatory intervention. That’s a much greater level of uncertainty, so on that reason alone I’d personally steer clear of Meta’s stock at all costs.

Though honestly, the safest option is to forgo both stocks altogether.

Jeff Reeves is a MarketWatch columnist. He doesn’t own any of the stocks mentioned in this article.

Amazon pushes maximum base salary to $350K as competition intensifies

How to Retire With $4 Million