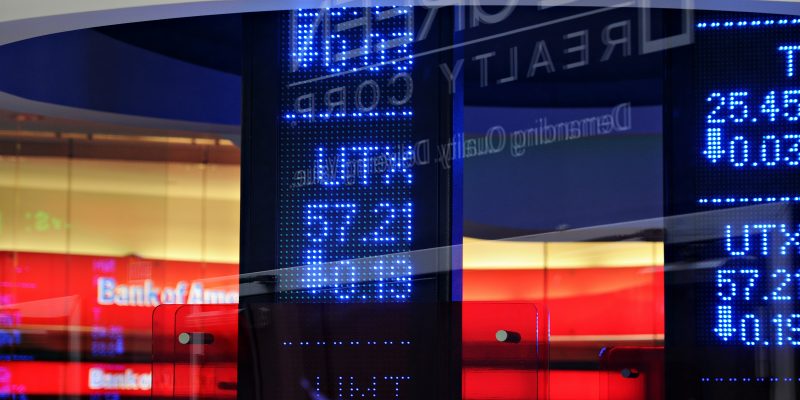 Investing.com — “In the midst of chaos, there is opportunity,” said Sun Tzu, the ancient Chinese master strategist who authored The Art of War.

And in the midst of Friday’s chaos in figuring out Vladmir Putin’s next move, oil bulls saw another opportunity to drive crude prices higher, this time past the key $95-a-barrel resistance which presumably leaves them just one crisis short of the much-awaited $100 prize.

Friday’s drama started just before 1:30 PM New York (6:30 PM London) when wire services flashed broadcaster PBS’ bulletin that the United States believed Putin had made up his mind to invade Ukraine. The Russian leader had communicated this to his forces marshaled along the Ukrainian border, the reports said. An invasion was expected by next week, two Biden administration officials told PBS – echoing Secretary of State Tony Blinken’s thoughts –  the reports added.

Wall Street’s indexes got trounced again, with the S&P 500 and Nasdaq both down almost 3% at one point (the S&P rebounded a little by the close to finish 2% down). For stocks, the deja vu of January’s lows beckons after a two-week rally this month.

With markets remaining on edge, White House National Security Adviser Jake Sullivan told a news conference that afternoon that Russia could indeed invade Ukraine soon while the world’s attention is glued on the Olympics. He said Moscow has all the forces required to launch a major military operation on Kiev; that it will probably begin with aerial attacks and reiterated that the United States will respond decisively if Putin proceeded as thought.

Sullivan, however, said something else that probably superseded the rest of his spiel at the news conference, and that was: “We do not claim that Putin has made a final decision”. That was important to many in the markets as it signaled the White House may have made more of the situation than what it really was.

As Ed Moya of online trading platform OANDA put it: “A period of calm was somewhat expected regarding the Ukraine situation, but that does not seem to be the case anymore.”

Whatever the case, U.S. crude gave back a chunk of its gains from the day’s highs, settling marginally lower on the week after a seven-week blitz higher (in after-hours trade, it did get closer to its intraday peak). Brent also retreated but not much, finishing up more than 1% on the week for an eighth straight week of gains.

Oil was also boosted Friday by the International Energy Agency’s warning that global oil supplies might be short of demand.

The Paris-based IEA, in its monthly report, lifted its forecast for this year’s global oil demand by 800,000 barrels a day to 3.2 million barrels.

The IEA also estimated there could be a billion barrels shortfall by the end of last year between what the Organization of the Petroleum Exporting Countries and its allies – known as OPEC+ – were supposed to have pumped versus actual deliveries to the market since the start of 2021.

“The oil market is incredibly tight,” Toril Bosoni, head of the IEA’s markets and industry division, said in a Bloomberg television interview after the release of the report. “Prices continue to surge and are now reaching levels that are uncomfortable for consumers across the world.”

Prior to the Russia-Ukraine brouhaha and the IEA warning, oil prices showed a loss of about 3% on the week as Thursday ended. The drop came on the back of concerns that Iranian oil supplies could legitimately return to the market through a nuclear deal and that the Federal Reserve could impose rate hikes of as much as 0.5% a month over the next few months to curb runaway U.S. inflation.

So back to Sun Tzu’s quote on chaos and opportunity, both shorts and longs had their share of oil’s spoils at different stages of the week though the market once again tipped towards the bulls by Friday’s close.

“These are the prime overbought conditions that shout out aloud for an imminent correction to at least $88 and $77 over short to mid term. But will we get that? Probably not, as long as the Ukraine crisis keeps bubbling.”

Dixit added that consolidation above $90 and $92 could strengthen WTI to position for $98 and eventually cross the much-anticipated $100 mark, with $101 and $107 targets.

The last time gold got above $1,860 was three months ago, and the last time it rose 2% in a day was six months ago – long enough for longs in the market to forget.

But that’s what happened in Friday’s session amid U.S.-fed fears of an imminent Russia-Ukraine war and that, too, after the close of the Comex session that unofficially put the market up 3% for the week.

That was before reports that the United States believed Russia has decided to invade Ukraine.

Almost immediately after its marginally higher settlement, April gold began rallying fast and furiously, adding another $25 to reach $1,867.25 – its highest since early November and the official session peak now for Monday.

Unlike oil prices, gold barely wavered from its highs even as White House National Security Adviser Jake Sullivan walked back some of the assertion that Russia would definitely attack Ukraine by next week (talk about gold’s long-absconded safe-haven quality making a forceful return).

For longs in the market, gold’s ability to sustain above the key $1,800 has been a boon despite repeated fears of excessive U.S. rate hikes this year to deal with soaring inflation.

Geopolitics might have the answer to that, now gold’s safe-haven role is back in play.

Dixit of skcharting.com said gold looked quite set to reach $1,900 with its current momentum.

“Gold has witnessed one of the best weekly gains amidst sabotage attempts at institutional levels throughout the year and back,” said Dixit, referring to the past maneuvers of so-called bullion banks to keep the yellow metal depressed.

The weekly Stochastic of 50/50 and RSI of 57 were supportive for continuation of the current momentum, Dixit said.

Disclaimer: Barani Krishnan does not hold a position in the commodities and securities he writes about.

The China lithium question: a clash of the West’s corporate and strategic interests

Deal on Stellantis battery plant will be signed in days, Italian minister says