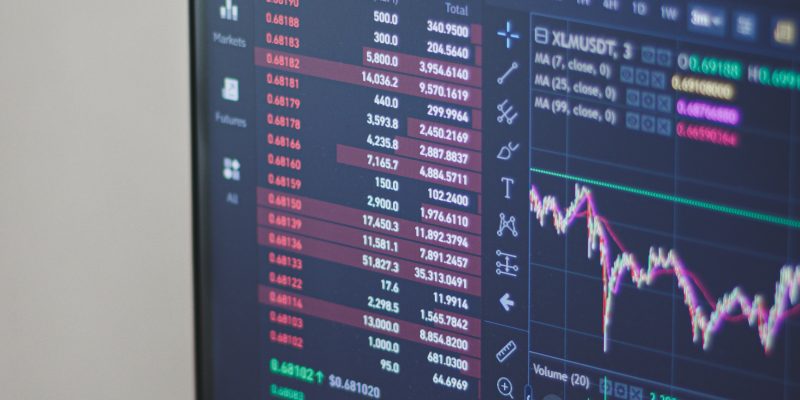 Here’s news that will delight cryptocurrency enthusiasts who are watching for any signs that digital currencies will be increasingly adopted by consumers and big businesses alike.

So far, aside from high-end electric vehicle maker Tesla  (TSLA) – Get Tesla Inc Report, very few big companies have taken the leap to even keep bitcoin or another digital currency on their balance sheet.

But things are slowly changing.

Ryan Petersen, the CEO of Flexport, a Californian logistics firm, announced on Twitter during a thread that his company held bitcoins in its balance sheet.

The revelation came in a thread based on his company’s ability to weather the turmoil the supply chain industry is currently experiencing, which is exacerbated by Russia’s invasion of Ukraine. Petersen wanted to be reassuring about the health and prospects of Flexport, the specificity of which is to automate the supply chains of its customers to enable them to save money.

“Never a dull moment in our industry,” Petersen posted on his Twitter account. “@flexport is fortunate to have over $1.6B in net assets on our balance sheet to allow us to continue to play offense while protecting the interests of our customers, employees, and shareholders through the volatility, uncertainty, and chaos.”

Following the post, a user asked him: “What percentage of it in hard money (aka bitcoin)?”

He gave this cryptic answer.

“We don’t disclose that, but it’s not zero,” Petersen responded.

This announcement is not completely a surprise, since Flexport already has a Bitcoin White Paper on its website.

The company’s backing is significant, however, as Flexport was valued at $8 billion in its last round in January, according to Forbes. The San Francisco-based company is also profitable.

This support comes a few days after that of the prestigious consulting firm KPMG.

KPMG in Canada, an affiliate of one of the Big Four accounting firms, announced in early February that it has added bitcoin and ethereum to its corporate treasury. KPMG did not disclose the amount of its investment in cryptocurrencies.

KPMG has just renewed its confidence in the crypto industry by also investing in non-fungible tokens.

With the exception of technology companies and startups, Tesla is one of the rare big companies to have invested in cryptocurrencies.

The electric vehicle maker, whose CEO Elon Musk is an ardent supporter of digital currencies, holds bitcoin in its balance sheet worth $1.99 billion as of Dec. 31.

Companies are reluctant to invest into cryptocurrency mainly because there are still many uncertainties surrounding the sector, particularly in terms of regulation.

And the cryptocurrency market is also subject to high volatility.

Prices, for example, reached historic records in early November. At the time, bitcoin had risen to over $69,000, but since then it has collapsed and is currently trading around $40,000 after falling below $35,000 last week.

Kmart’s once-iconic empire has been decimated to only four U.S. stores